Visual Brightness of the Night Sky

Light pollution is of increasing concern across the US and around the world. But accurate, quantitative, long term scientific studies of the amounts of manmade light in the nighttime sky are seriously lacking. The Eyes on Night Skies (EONS) project is designed to address that deficiency, by providing multi-year monitoring of light pollution as seen by the human eye at night. Measurements will be made in areas having dark skies to communities with significant artificial light 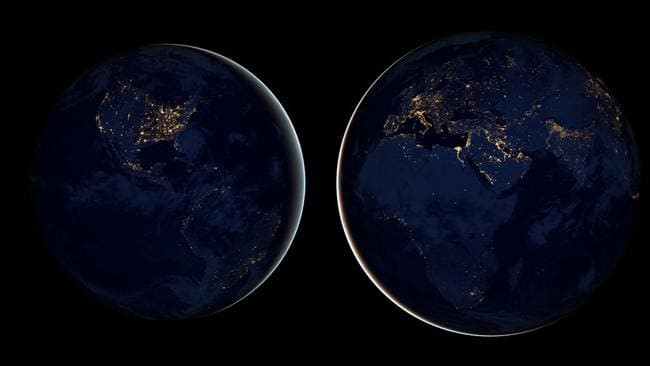 Light pollution is of increasing concern across the US and around the world. Stimulating images produced by the Suomi NPP satellite have spread increased awareness of light pollution since the first “black marble” images were published widely in October 2012.

Concern about the spread of light pollution over the landscape was further stimulated by the 2016 publication of the New World Atlas of Artificial Night Sky Brightness (Falchi et al., 2016). A prominent result of this study – that the Milky Way is obscured by light pollution for sixty percent of Europeans and nearly eighty percent of North Americans – received considerable attention in the popular press (e.g. Light Pollution Masks the Milky Way for a Third of the World’s Population, New York Times, 10 June 2016).

Despite these beautiful and thought-provoking images, and the increasing attention and awareness of light pollution reflected in the media (see also e.g. Lighting up the Nighttime, Science, 16 November 2018), light pollution is rarely the subject of concerted measurement on the ground, where we live and experience it. Though the Suomi spacecraft has observed every location on Earth, its measures are of limited value to track sky brightness, or changes to sky brightness, due to artificial lighting. It passes over any location only once per night, and light pollution levels are known to vary significantly during any night; the Suomi instrumentation is designed to optimize data acquisition for weather tracking, and does not observe important parts of the spectrum that are crucial in light pollution. And critically, Suomi does not directly measure sky brightness at all – instead measuring the brightness of light that shines or reflects upward.

Since the early 2000’s there has been a relatively inexpensive instrument that is specifically constructed to measure sky brightness from the ground – the Unihedron Sky Quality Meter (SQM – see unihedron.com). Unihedron has sold more than 13,000 SQMs; over 20,000 measures made with these meters were used to improve the accuracy of the 2016 New World Atlas. But from this study as well as others it has become clear that these meters, while providing measurements that were heretofore not within reach without expensive equipment, require considerably greater effort than is usually exerted to yield the most accurate results. Though the meters can be used simply to characterize existing conditions, quantifying small changes in light pollution year-to-year due to community growth or changes in outdoor lighting practices (such as conversion to LEDs) will require much more rigorous application of these meters. Executing a long-term program to characterize true visual sky brightness through optimized SQM-based equipment and procedures is the goal of the Eyes on Night Skies (EONS) project.

EONS stations are designed to deliver measurements of night sky brightness at the zenith at a five-minute cadence all night every night. The goal of the project is to maintain observations for a minimum of 10 years to allow examination both of variations in natural conditions due to solar cycle and atmospheric conditions as well as evolution of artificial sky glow due to both lighting infrastructure growth as well as changes in spectral content (e.g. changes from HPS to white LED). 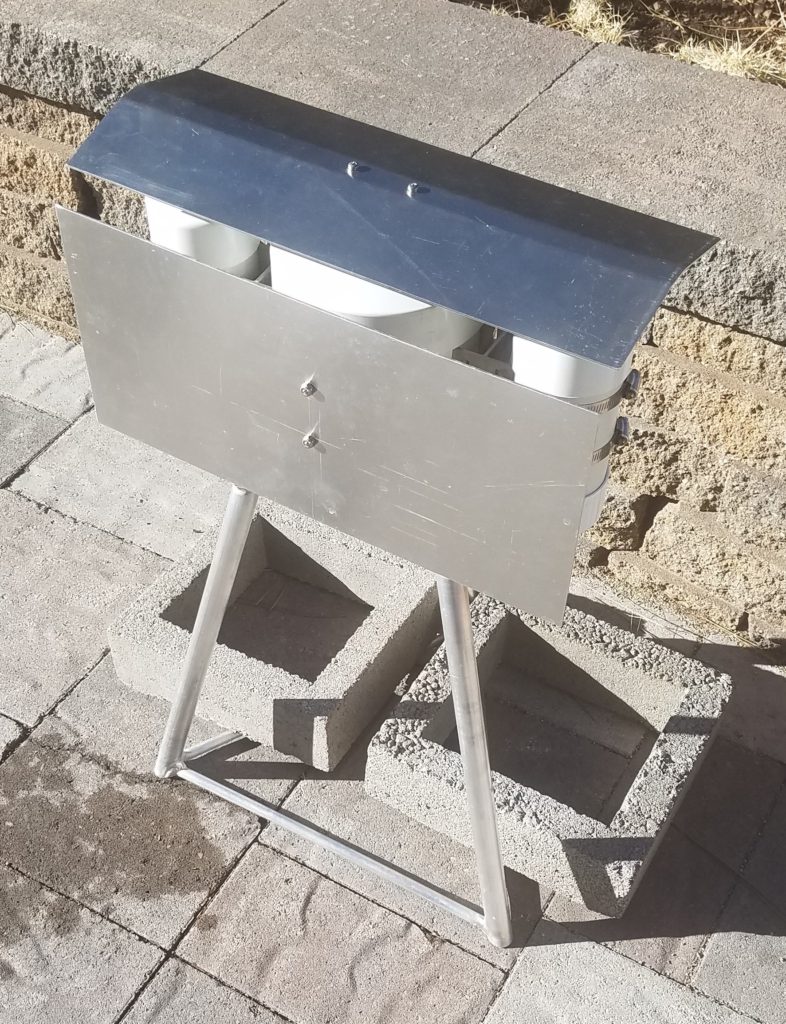 The stations consist of a pair of Unihedron SQM-L2U-DL meters mounted in weatherproof enclosures and protected by an automated sunshade from direct sunlight to minimize UV deterioration and solar heating. One of these meters will be filtered to convert its spectral response to match that of the dark-adapted (scotopic) human eye; the other will be unfiltered and have the native (broadband) SQM response.

The default configuration is to operate the meters on battery power, not only to minimize costs of construction and installation but to minimize exposure to electromagnetic pulses from nearby lightning strikes. Data will be downloaded periodically (e.g. weekly or monthly) by accessing the meters directly. 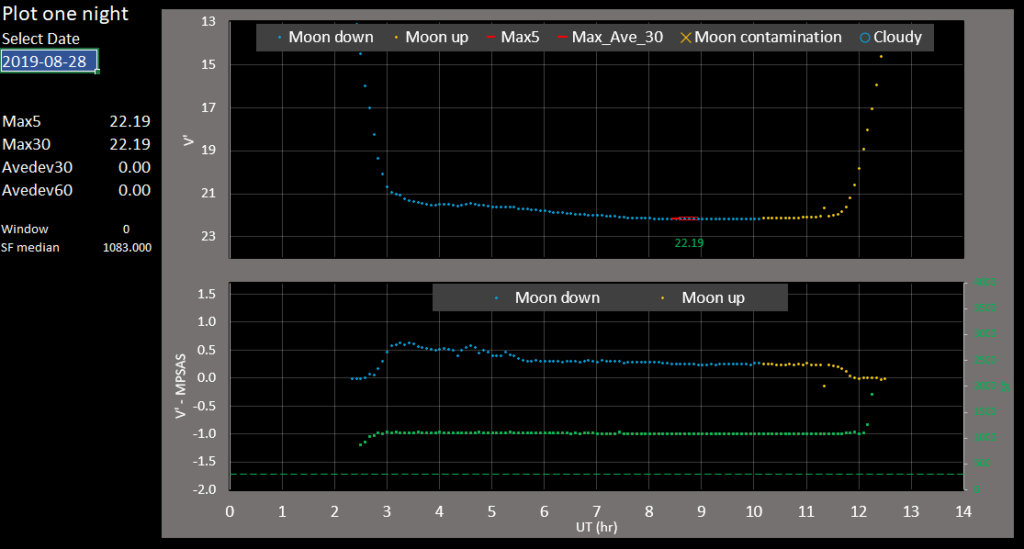 Scotopic brightness and scotopic/SQM ratio for one month